The scanner optics is a combination of optics and motion system.

Two mirrors in the scanner head can be turned quickly, so that a fast deflection of the laser beam in x- and y-direction occurs. The deflection units are so-called galvanometers, which tilt depending on the electrical current - accordingly, the term galvo scanner is sometimes used.
Since only little mass has to be moved with the mirrors, speeds of several meters per second can be achieved. A welding contour can thus be traced several times per second and a quasi-simultaneous process is possible.

The large lens below the scanner head determines the size of the working field. In addition, this so-called f-theta lens also ensures that the focus lies in one flat plane and that the rotation speed of the mirrors is proportionally translated into a translation speed.
With f-theta lenses covering a larger working field, the working distance and  also the spot size of the laser increase: 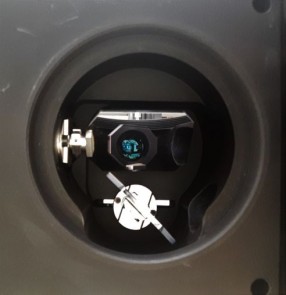 Pivoting mirros in the scanner head - laser beam incident from right side. 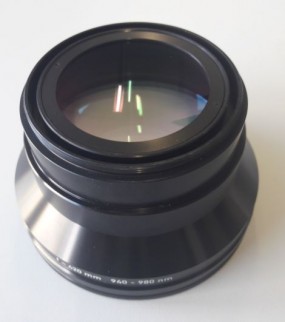